As you may have noticed, Heroku toolbelt is pre-installed in our images and you can use the Heroku commands from your SourceLair terminal.

To further facilitate your flow, we added some of the basic Heroku commands into the Command Palette. The commands added are the following: 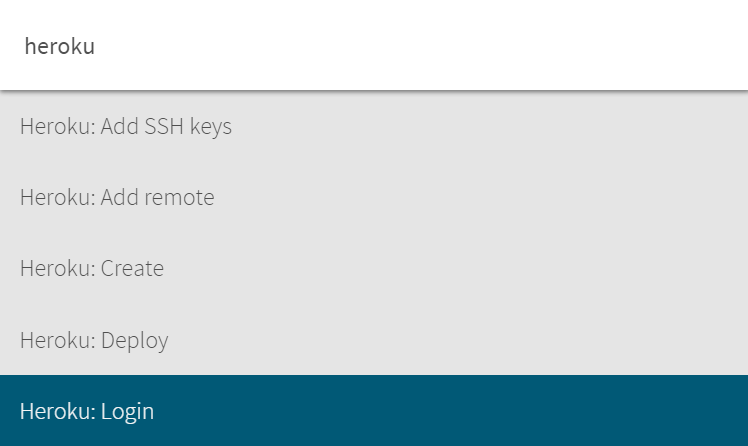 You are now ready to work on your heroku application. Anytime you want, you can deploy your application with Heroku: Deploy.

As an added bonus, the commands of the Command Palette will also work for Mercurial projects! By utilizing the hg-git mercurial plugin, SourceLair let's you push your hg repository to a git server (like heroku in this case). Specifically, the Heroku: Create and the Heroku: Add remote commands add the Heroku remote after converting it into an hg-git plugin compatible form that enables mercurial to push into a git server.

Go to www.sourcelair.com to try out the flow of developing and deploying your Heroku application in SourceLair.