Woah, a new Django version popped out in SourceLair and it's 1.9! 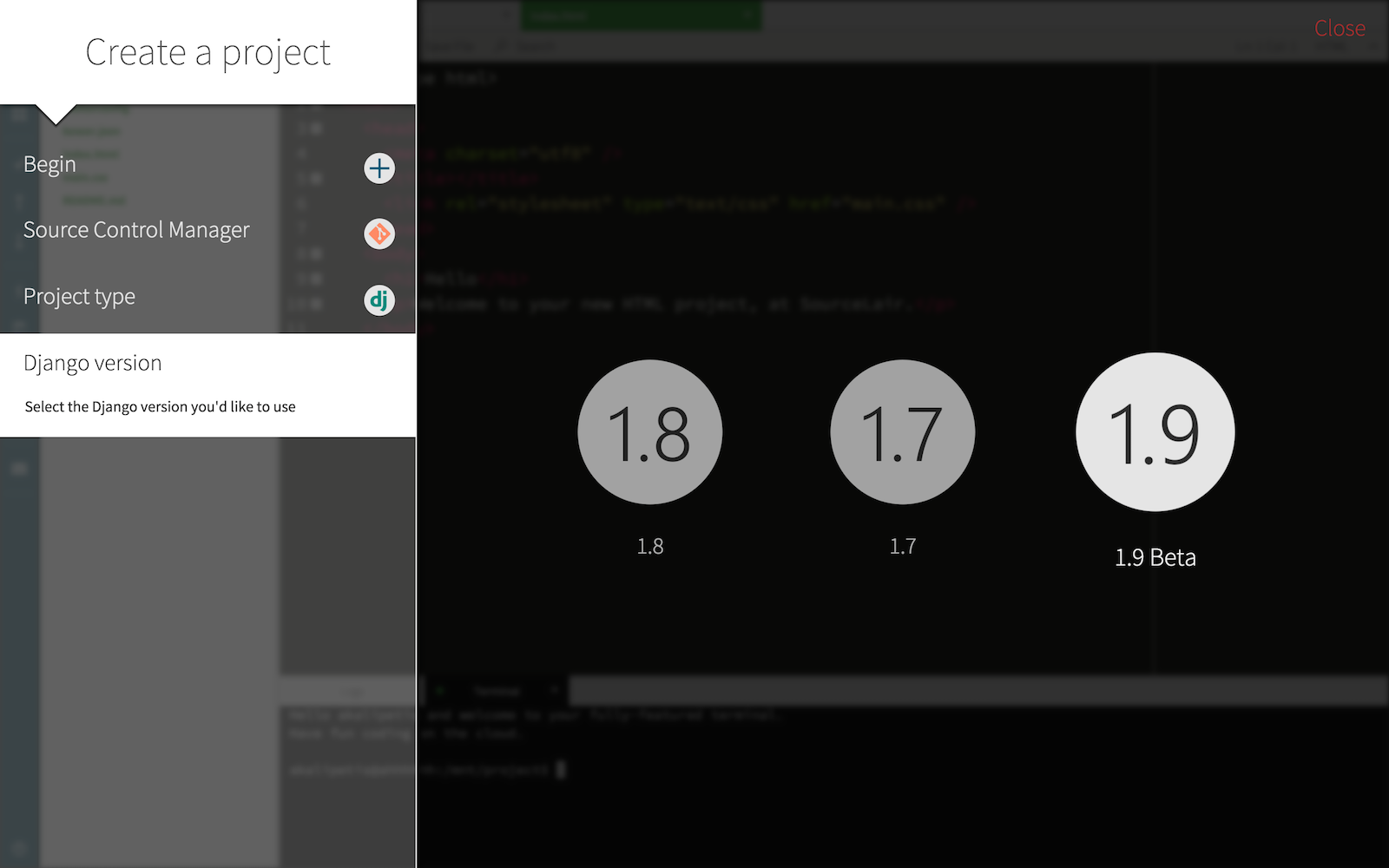 While Django 1.9 is still in Beta, we have already committed to support Django Beta versions within 24 hours of their release. Why Beta you ask?

Django is stable, well tested and written with good care, but in software like this there always might be websites or applications that fall into corner cases never thought before. By trying out your existing, or new applications in Beta versions, you help by finding bugs or proposing enhancements before the production-ready release comes out. If you come up to a bug, you can always use the issue tracker to report it.

With SourceLair, that's just 3 clicks away, just go on, create or clone your Django project and try out the awesome new features introduced in 1.9!